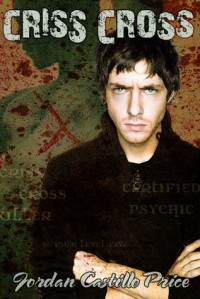 I have to say that I was annoyed with Victor for the first half of this book. Whereas he was adorably awkward in the first book, in Criss Cross, Vic's nonexistent interpersonal skills made for quite a few scenes where I just wanted to shake some sense into him. Add to that the fact that he was so clueless that he made me want to scream, and he hurt Jacob–albeit not on purpose.

To be fair, Vic has a lot on his plate, since he's abused anti-psyactives, the dead people are literally reaching out for him, and besides, seeing a dead baby can't be a lot of fun. Lisa's warning voice mails and texts telling him not to trust anyone in his life, not even Jacob, mess with his head. On the bright side, he's clinging to his relationship with Jacob, and even introduces him as his–gasp–boyfriend.

Jacob is patient with all the crazy that seems to follow Vic, and he is supportive and protective of his partner. When the situation calls for it, he leaves everything and flies to Vic's rescue. He's not very thrilled, though, when Carolyn decides to take Vic to a healer who just happens to be Jacob's ex boyfriend, Crash.

Crash is an asshole and doesn't believe for one moment that Vic's abilities hold any truth. He mocks Vic, but when he comes face to face with a ghost from his past thanks to the man, he can't deny there might be at least some truth to the psychics' talent. Crash is a non-conformist wild child I can't wait to see more of.

And last, but not least, the ending scene was everything I was hoping for since the beginning of the series. Steaming hot and satisfying! ;-) 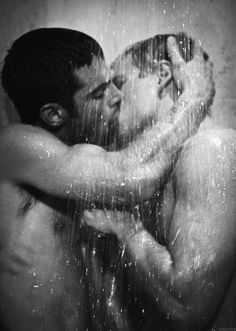